Fox 9:  During the First “Stay at Home” Weekend – Two-Thirds of Police Calls Were Domestic Assault Related

Earlier this week, Fox 9 News reported that, according to Governor Walz, two-thirds of all police calls over the first weekend of the “stay at home” order were for domestic assault or domestic-violence related incidents.  Fox 9 suggested that the uptick in Domestic Assault calls was attributable to heightened stress levels in Minnesota households.  These heightened stress levels are likely due to recent job loss, major life changes, and isolation with family or partners that a person is not used to being around for 24-hours per day. 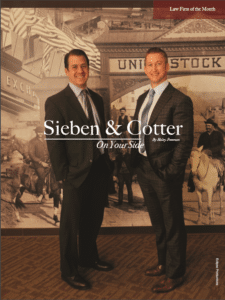 What is Domestic Assault?

In Minnesota, domestic assault involves the same or similar conduct as the other forms of assault under the law.  Assault generally includes the inflicting harm, or attempting to inflict harm on another person.  It also includes putting someone in fear that you are going to harm them.

Domestic Assault is different from simple assault in that it is limited to conduct aimed at certain family or household members. These members include spouses, former spouses, parents and children, people related by blood, people who live together or have lived together, people who have dated, people who have children together, and pregnant women and the alleged fathers of their children. Usually domestic assault offenses carry higher severity levels, than the same or similar conduct not involving a family or household member.

You deserve an experienced attorney

Domestic assault related charges can be complex.  No matter what type of charges you face, you deserve committed legal support from an attorney who understands Minnesota’s domestic assault laws. We will thoroughly research the evidence, explore all possible defense strategies, and build a case based on the facts.

Call for a free consultation to discuss your case.

This is likely one of the most stressful times in your life—you need reliable legal representation from a criminal defense attorney with experience. Call Sieben & Cotter at 651-455-1555 to arrange your free and comprehensive consultation, or send a request for more information.

The information in this blog post is provided for general informational purposes only. No information contained in this post should be construed as legal advice from Sieben & Cotter, PLLC, nor is it intended to be a substitute for legal counsel on any subject matter. No reader of this post should act or refrain from acting on the basis of any information included in, or accessible through, this Post without seeking the appropriate legal or other professional advice on the particular facts and circumstances at issue from a lawyer licensed in the recipient’s state, country or other appropriate licensing jurisdiction.